Columns of dust aroused high, eclipsing the horizon as whirlpools of winds danced at the edges of this great conquering army. Waves of marching troops drummed with shields, and leather sandals hitting the ground rhythmically. They have traveled far, farther than they thought they ever will, and still farther than their imagination will they march, beyond their maps, beyond the edges of their known world.

But why march for years and years so far from home and relevance? For dreams of loot and plunder, gold and silver, slaves and burned ash cities? The hearts of drunken warriors and sheepish warmongers covet and lust for these trinkets and the lamentations they come with. No, these were no warriors of trivial desires for war and destruction. These were soldiers, battled hardened in tactics and strategies for many years. These were the soldiers of Alexandros the third of Makedon, basileus (king) of Makedon of the ancient bloodline of the Argead noble house, who later will be known to the world as Alexander the Great.

They have traveled far, far away from their home, the kingdom of Macedon. They have traveled through Asia Minor, through all the Middle Orient, to Egypt and swung back through Mesopotamia, deeper and deeper into the land of the Persians, as their mighty empire took blow after blow from Alexander until it laid on its knees before the speer lords of the mountains, those that now kept the fierce and fiery Sparta in their leash, as also the Persian Empire, the Greek cities, Egypt and the horse lands of Scythia and Bactria.

But their leader, general, and hero Alexander the Great wanted more, for he too dreamt of what the Persians Shahs (kings) dreamt in their youth, of an Empire that unifies all known civilizations under one scepter, one throne, one banner, one law of the land. So he marched further and further from home as his troops, ever loyal, marched after him to the edges of the known world.

It is said that when he reached India, near a river crossing, an Indian gymnosophist laid in meditation upon a rock. Gymnosophists were the greek equivalent of yogis. Curious as he was, he even had a fascination with the cynics, as Alexander the Great once said that if he wasn’t born Alexander the Great, he would have chosen to be Diogenes of Sinope, he dismounted his steed Bucephalus, the black stallion, and enter a conversation with this curios skinny bearded man that laid idle as history was marching right along his insignificant rock.

Alexander the Great asked this man what was he doing, by just sitting idle on a rock near this river crossing. The yogi answered: “Conquering myself. You?”, immediately, unimpressed Alexander answered: ”Conquering the world!”, as they both started to laugh at each other’s endeavor, as to one the other’s endeavor seemed futile and trivial. One sitting idle upon a rock near a river, conquering himself, the other burning and killing others for glory and power, and a dream of encompassing all the 4 quarters under one will.

A task that each deemed madness to the other’s will and rationale.

It is no small thing of us, as a species, that this yogi’s name is not known, for how few admire and emulate those that try to conquer themselves, their desires and ambitions, their needs and pleasures, their pains and fears, when one can more easily grasp the world into his iron grip, to bend and subdue other beings to your will.

Force it is a much easier way, you just need to inspire others in that quest of craving and desiring that lays outside of themselves.

What lays outside of man can be conquered by force. What lays inside of man needs stillness and silence, just to appear from the veil of unconsciousness. 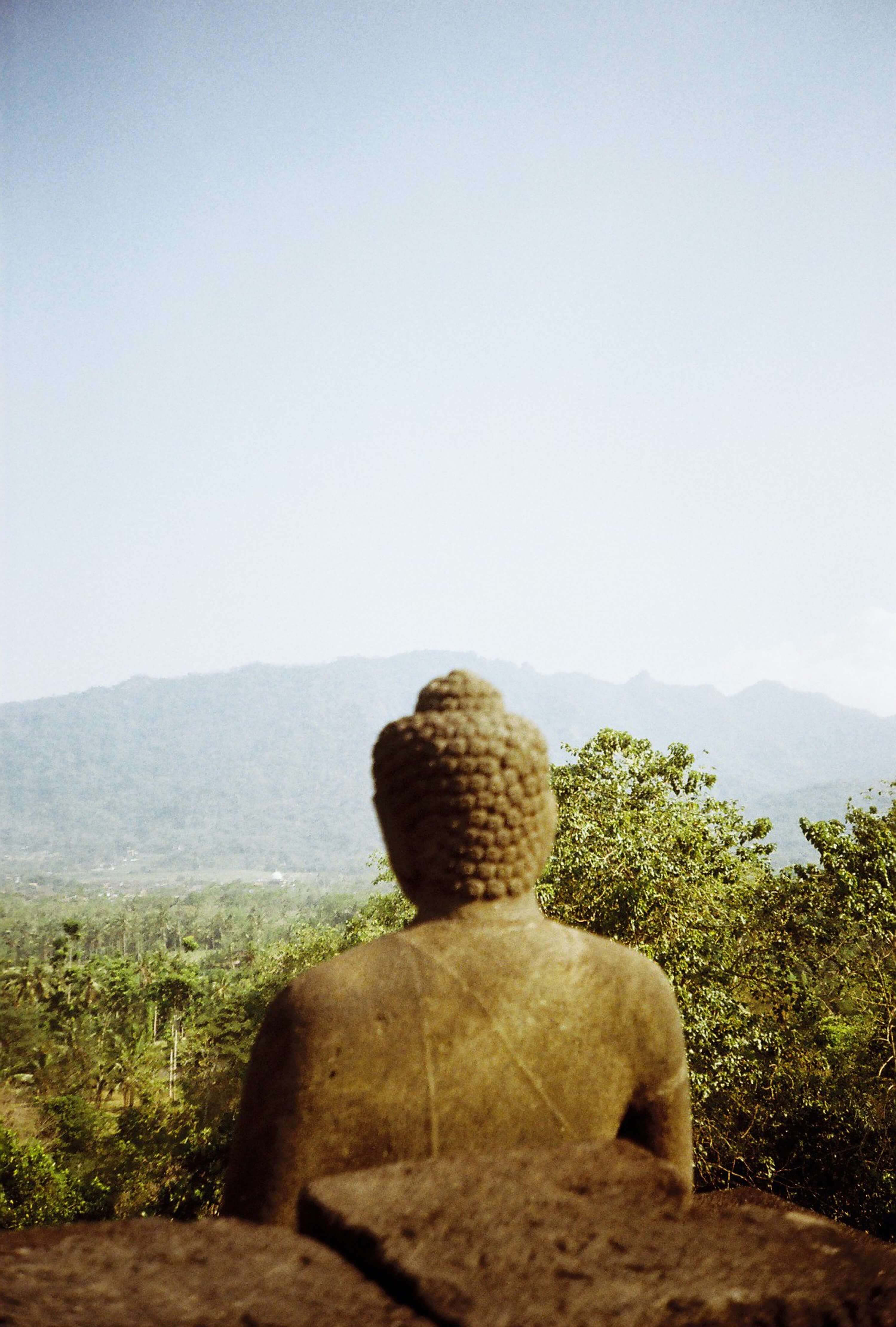 What adventure and thrill lay upon the life of a man that searches in himself and not the world? That serenity to calm down the inner animal, to lay still and gaze into the abyss that resides between the shining stars and utter cosmic darkness? And then just breath in profound, and exhale long and accept it, without a fight, without fear, without hope, without a wish of permanence?

As a species that has struggled to advance up the food chain, our vision has little to do with this inner adventure. Human beings are rather captivated by the external adventure of life.

People are rather pragmatic, adaptable, concerned about what they can achieve, their own survival and success above others on a higher branch of the Tree of Life. Fight, overwhelm, dominate, subjugate, abuse your inner humanity and others, burn the world to make a new one according to your vision, and we humans will keep your name immortal. The gods of dread and awe always sit near each other.

Humankind is in love with its aggressive instinct and its fruits of control, power and ambition over others and over existence, against existence. Aggressive people, but organized in their efforts, not impulsive and chaotic, tend to come out of their reference groups as leaders who fascinate and instill fear and authority.

Barbarians dressed in sophisticated clothes, regardless of the century, haunted and enchanted by their unquenchable appetite for control, tend to be ambitious and diligent with their burning desires. Burning desires that will consume first the world, and only then will the desires consume also their creators.

Healthy defensive aggressivity for self-preservation is on a very thin line with hostile aggression that brings cruelty, suffering and destruction. And we are enamored as a species, with the results of aggressivity of our will upon the world.

It enchants us because it offers, on the surface, a clearer, simpler and faster way to extract and satisfy our desires from the annoying world that frustrates us. Especially when we are dealing with our own humanity or the humanity of others who have their own agendas and ways of being and doing things.

The Persian Empire, in its time, was the relative equivalent of the European Union with a Federal Army (mind you an EU with an expansion appetite), but had under its umbrella even more diverse cultures, civilizations, and creeds.

It was a success story for hundreds of years, decreasing war in the Middle Orient, using standardized coins, laws, languages, treaties, trade, education, tolerance among beliefs and creeds - for peace among wolves, means the lion reigns above their necks.

Yet the world adores the one that brought its end through sword and flame, yet Alexander the Great did protect the West and its values, but he did destroy something that worked well in the East. He protected but he also destroyed. He destroyed but he also protected.

His invasion of India was a costly affair, by far the most costly invasion for the army of Alexander for the kingdoms of India had vast innumerable armies and battle elephants.

And his troops were beginning to show a slightly thinner loyalty to Alexander’s vision or his desire to ever conquer more. Most of the troops wanted to return home, but some remained in this area even after the death of Alexander the Great in his failed expedition to Arabia and the dissolution of his empire into separate kingdoms led by his generals.

Some soldiers remained in the conquered lands as lords and kings, nobles and leaders in those parts for centuries, infusing greek culture with Indian, greek beliefs with Buddhist beliefs, greek art with Indian art, developing unique and original kingdoms where the West blended with the East. Respecting one of the last wishes of Alexander the Great, for the West to be fused with the East through society, art, and family ties.

As centuries wore on, these cultures of Hellenistic culture and Buddhist religion developed their own art, of which the Buddhas of Bamiyan are part. Bamiyan is a city in Afghanistan that resides on the Silk Road. Around this city, in the Bamiyan valley, a few Buddhist monasteries were built by monks and ascetics, as centers of art, philosophy, religion, and culture. A few of them became hermits and lived in dug-in caves on the sides of mountains.

The statutes were later developments of Gandhara art. They were painted to enhance their expression, the first one was painted with multiple colors and the second one with carmine red. The statues were accompanied by numerous caves and surfaces decorated with paintings and colorful murals.

Their beauty was meant to inspire higher states of consciousness, to value and orient in life, keeping in perspective and attitude the more important things in life.

Alongside offering paths to endure and thrive in life among moments of pain, and loss of cherished things and loved people, of joyful youth and strong health, of loss of body, and mind.

To remember human beings that permanence was not given to them by existence.

The moon rose and fell, the sun rose and set, the seas bored the tides and gripped the seashores, then suddenly, repeatedly, it let go of them like silk let’s go of perfumed skin.

Stone was corrupted by memory, and people forgot that they were statues of Buddha, of enlightenment, symbols indicating the ability to transcend instincts, desires, struggle, war, words.

The capricious forgetfulness overcame the strength of the stone, and people forgot that these artefacts of memories, of living calmly and sensibly with respect for all beings and their time spent living under the sun, were extinguished.

As in the past, so in the present. We know the name of the man who ordered the destruction of these statues declared as unholy idols in 2001, but we do not know the names of those that build them with fervor and cherished them as places of meditation for inspiration towards a more profound, significant and serene experience of living as human beings.

It is said that the first generation builds, the second maintains, and the third one destroys, for it no longer understands the value or relevance of the world that it inhabits. Sometimes it doesn’t even remember its link in the chain of generations.

The present devours the significance of the past, while the future will learn from the brutality of the present, brutality that has accompanied us throughout our history. Tyrants suffocate history with iron and fire, imprinting their deeds in our memories, while calm people endure their destructive ambitions in an attempt to protect their lives and are forgotten.

Also remember the peacemakers, and admire them at least half as the warlords of every century that captivate our attention and fascination so much. Although the Buddha statues in Bamiyan were destroyed and subjected to change, time was much more generous with them than with the autocrats and their wars. Peace and calm always persist more than war and hostility. 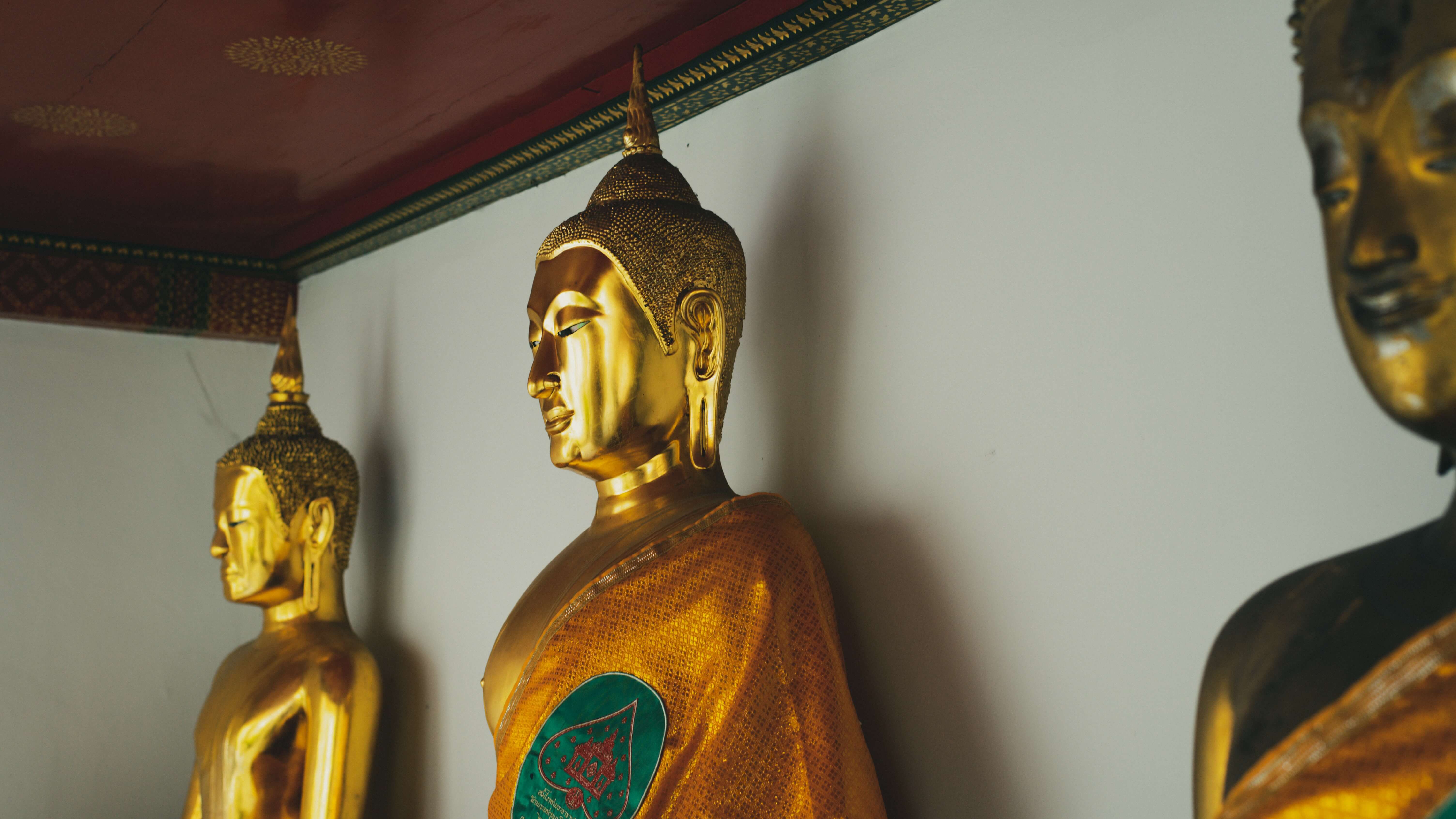 Columns of dust aroused high, eclipsing the horizon as whirlpools of winds danced at the edges of this great conquering army. Waves of marching troops drummed with shields, and leather sandals hitting the ground rhythmically.

Exactly in this moment of transition, psychotherapy and counseling offer their unique value, accompanying man among the highest and lowest moments of his existence, giving him an opportunity for reflection, deepening the way he understands his life, changing himself, and his environment, and transforming himself.

Hi! I am Lucian and I am an integrative psychotherapist, a philosophical counselor passionate about accompanying people in this process. My expertise is focused on the processes of change and transformation of people, and my professional efforts are dedicated to healing human suffering and creating together a new way of being in which authenticity, receptivity, and vulnerability are not impediments, but resources in the service of humanizing yourself and the life you will live.

Change and Transformation are my passion and expertize